Oh dear – the Conservatives’ ‘easiest trade deal in history’ has turned out to be a little more difficult.

We can of course, export but will the regulations allow us to export as a previous PM used to say – “without friction”?

As anyone who knows about trade deals – friction is the word. Reducing it is paramount to a ‘free trading’ commerce.

So, that is not a great success…

That lack of either coherence or speed seems actually to suggest that government thinks, in their infinite Unicorn wisdom that we should go for a ‘no deal’ and impose trade sanctions on ourselves?

Why would we do that?

But I rather fear that we are in deluded territory because any government with sufficient competence to deliver Brexit would certainly not be doing it now.

The Sun has seen a ‘secret and sensitive’ document on a worse case scenario – which is just a bit worse- given Covid-19 – than the Yellowhammer Report. Still, never mind Covid-19, climate warming with floods or worse, or even the economic slump, the worst case is actually made as bad as it is by the voluntary will to leave without an EU transition agreement on 31st December 2020.

Any rhetoric suggesting that the EU is “taking things away” from the UK in the Brexit negotiations ignores the crucial fact that there is nothing left to take away. We’ve done it ourselves!

Now, the EU are actually our biggest competitor. Because they are united and on our doorstep. As are we theirs. But just rather, indeed considerably, smaller.

Certainly we do not seem to have ‘all the cards’.

Meanwhile the ‘Grocer’ is sure that the reality of Brexit is that food prices will rise in the New Year.

And, with the worst UK wheat harvest for 40 years it looks as if Bread prices are on the up for a start.

We could soon be eating ‘Control’ and ‘Sovereignty’ for breakfast, lunch and tea.

And, while our gaze was distracted, there has been a tariff reduction agreement between the EU and the USA for the first time in more than twenty years Yet we were all led to believe that this was a UK speciality….

Then there is ‘extended cumulation’ (basically how much of a manufactured item can be considered as manufactured in Britain, when many of its original components will be manufactured in another country of origin) which doesn’t matter when a country and the production is within the EU but matters an awful lot more for a country outside it.

We seem to be going to have something called a digital Kent access (hauliers) permit – which is actually red tape personified – for short life transit.

I see Yorkshire Bylines thinks all this is the last roll of the dice before the climb down.

Let’s hope they’re correct because, for sure, Brexit is a complex and monumental system of self-harm.

We can only hope that the lying and dissembling Johnson is lying again and that a December 31st exit will not happen.

If it does, I think that, Private Frazer like, we are all doomed- and for some considerable time … 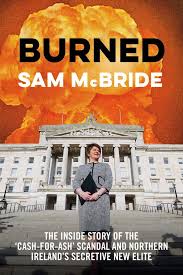