The Constitutional Crisis of 1914

History, as it is taught in British schools, remembers 1914 as a the year WWI started. WWI was of course a horrific event, but less is remembered of the political turmoil at the time. As Robert Saunders writes in “Breaking the parliamentary machine”: lessons of the 1914 crisis:

The crisis of 1914 far eclipsed Brexit, and brought Britain closer to revolution than at any time since the 17th century. The Times called it “one of the greatest crises in the history of the British race”, while Conservative election literature warned that Britain might soon be “stained with the blood of civil war”. Yet it offers some striking similarities with the present, and a warning of what could lie ahead.

The article is beautifully written and is well worth reading in full. Saunders goes on to explain:

The trigger was the election of December 1910. For the only time in British history, the result was a dead heat: the governing Liberal Party and its Conservative and Unionist opponents both won 272 seats. The Unionists won more votes, and a series of by-elections quickly made them the largest single grouping; but the outcome was a minority Liberal government, dependent chiefly on the Irish Nationalists. The price of Irish support was Home Rule, giving Ireland its own parliament with control over domestic legislation.

The Irish had being demanding Home Rule (very similar in the range of powers to the now Scottish Parliament) for decades,  attempts could and had been blocked by the Upper Chamber, but the Parliament Act of 1911 stripped the House of Lords of its veto. The third home rule bill after a glacial and bitterly fought, many stage, campaign in parliament, was due to become law in January 1915.

Ireland effectively had Home Rule up to 1800, when the Acts of Union (Ireland) were passed. Though not perfect, Ireland was a wealthy and populous country.

The Union was a disaster for Ireland. In 1800 Dublin was the 6th largest city in Europe (Table 1), sandwiched between Amsterdam and Lisbon, and one of the wealthiest. While obviously far behind London, it was more than twice the size of the next two largest cities in Britain: Manchester and Edinburgh. In 1800 Ireland has over twice the population of the Netherlands (5M as opposed to 2M) and over half the population of England (c 8M).

By 1914 Dublin was an impoverished slum and smaller in population than Belfast. Ireland had a lower population in 1914 than in 1800 (c 4.4M), whereas England’s population had grown by a factor of four to c 36M and  the Netherlands by over a factor of three to c 6.2M. Something clearly had gone disastrously wrong, this was the Great Famine from 1845-1848. This was by far the greatest peace time calamity in 19th century Europe, about 1M died and 2M emigrated. It was so badly mismanaged by the London government that it created resentment on a monumental scale, still present especially among the North American diaspora. 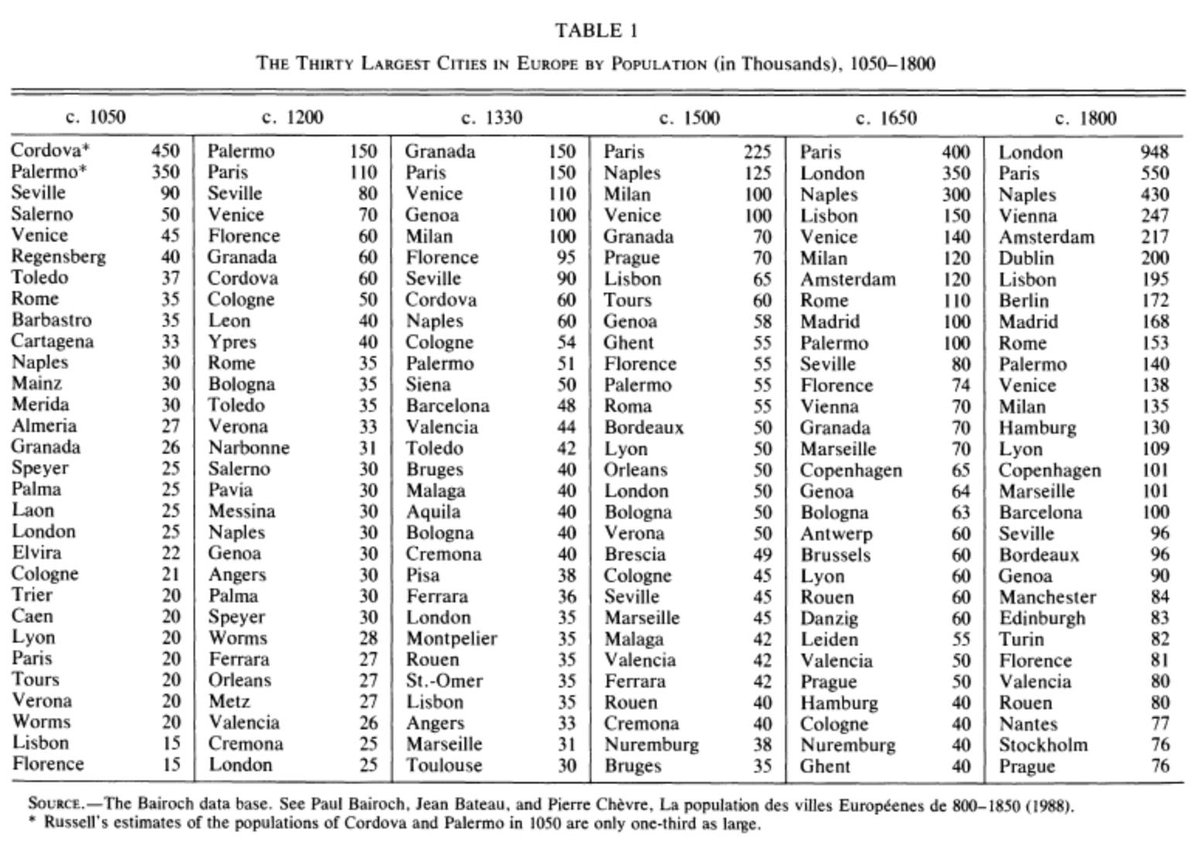 Home rule was backed by a super-majority in Ireland, but the one part of Ireland that had prospered through the Union, the NE corner surrounding Belfast, was implacably opposed. Approximately 80% of the industrial capacity of  Ireland was concentrated in this region in 1914.  It had for example the largest shipyard in the world, Harland and Wolff, most famous for building the Titanic.

The NE had a Protestant majority who hated Home Rule and started their own totally illegal private army, the Ulster Volunteers. Far from being condemned by the Tories they were backed to the hilt.  Andrew Bonar Law  leader of His Majesty’s Loyal Opposition was photographed inspecting the Volunteers, who pledged to bring down the third Home Rule Bill – an Act of Parliament.

Crucially, the Conservatives did not simply argue that Home Rule was wrong. They rejected the democratic legitimacy of parliament, which they accused of defying the will of the people. Party literature told voters that “the House of Commons does not truly represent the people, nor do its votes represent the opinions of the electorate”. Conservatives talked openly of “breaking the parliamentary machine”, pitting “the Supremacy of the People” against the “paid puppets” of the House of Commons. Parliament was urged to surrender its functions to a referendum, to ensure that MPs could not “cut ‘the people’ out of the constitution”.

The constitutional crisis at the time was averted by WWI, which seemed almost a blessing initially. Indeed some historians argue that the “Irish Question”  played a far greater part in Britain’s willingness to go to war than is generally acknowledged. Sadly WWI, far from being over by Christmas, turned out to be a cataclysmic disaster.

Civil war was averted in Britain, but Ireland was not so lucky. Far from being deterred by the Ulster Volunteers, a host of pro Irish Independence paramilitary groups were formed, leading to the 1916 Rising,  a  war of independence and the peace Treaty of 1921. Ireland was partitioned between the 26 county Free State and the 6 county Northern Ireland. (A good podcast on the period by the Irish Passport team is available here).

The actual treaty granted nothing like the full independence of the entire island of Ireland, with the 26 counties granted Dominion Status within the British Empire and NI granted Home Rule (a protestant parliament for a protestant people). Irish pragmatists saw it as “the freedom to obtain freedom”. Lloyd George, the PM, is reported to have said “I may have just signed my political death warrant” to which Michael Collins (the lead figure on the Irish side) replied “I may have signed my actual death warrant”.

The Treaty was totally unacceptable to many in Ireland, in modern parlance far too many red lines had been crossed and the result was Civil War. Collins proved very prescient as he was killed during the Civil War  in August 1922 at Béal na Bláth.

The Free State could be fairly accurately described as an impoverished wreck by the end of the Civil War. Many in Northern Ireland and Britain saw it as too poor and too small to succeed on its own. Very similar to today’s arguments on Scottish Independence (but with considerably more justification). Northern Ireland, with as previously stated, 80% of the island’s industrial capacity and part of the greatest empire the world had ever seen, seemed destined for success.

It did not turn out that way. As Prof Brendan O’Leary discusses in his definitive three volume A Treatise on Northern Ireland, by 1940 Northern Ireland was essentially bankrupt, where the  Irish Free State was a much greater success. Whilst still not wealthy, very firm and robust democratic foundations had been laid for future prosperity. (For those with neither the time or money to read the Treatise there is an excellent Irish Times podcast available here).

Winding rapidly forward to the current day, the two economies are not really comparable,  with IE not only being way ahead of NI but also Britain on international metrics such as the Human Development Index IE 4th, UK 14th. GDP per capita is over twice as high in IE than NI and I would be surprised if even 8% of the island’s industrial capacity was based in NI.

“The freedom to obtain freedom” analysis has turned out to have been correct in retrospect. Ireland is a modern successful country with considerable state and diplomatic capacity, which has been used very successfully throughout the Brexit process, perhaps most clearly on display at PM Johnson’s visit to Dublin on Monday. Ian Dunt tweeted  regarding their post-meeting statements: “Quite painful to watch. Varadkar conducting himself as a leader and grounding his comments in reality. Johnson looks like a child who won a Willy Wonka ticket to appear alongside him”.

Are There Parallels to be Drawn to the Current Crisis?

The current crisis seems to be a pale shadow of 1914, there are no major private armies being raised. Again however there are bitter arguments about the supremacy of parliament vs. “the people”. The country seems, or at least its political class,  bitterly divided. It is possible however that Dmitry Grozoubinski has it correct in that the vast majority of the British Electorate just want Brexit to go away (Fig. 1).

There is an Irish dimension, with the Irish again holding, until the dramatic withdrawal of the whip from 21MPs, the balance of power, but this time the DUP rather than the Irish Parliamentary Party (IPP). Will the DUP be eventually betrayed by Westminster just as the IPP was in 1915? There are rumours that something like the NI only version of the Backstop may be resurrected.

There are obvious parallels between the Withdrawal Agreement (WA) and the 1921 Treaty. For many the WA is nothing like the “cake and eat it” promises made during the Referendum Campaign. Signing up to the WA however is unlikely to unleash civil war in Britain, though not signing may through the introduction of a hard border in Ireland, triggering considerable violence.

The Treaty was signed ultimately because of  power asymmetry. Ireland was under no illusion that it was far weaker than Britain. The  realisation of the power asymmetry between the EU and the UK seems not to dawned on many of the Brexiters, but will mean that any eventual treaty will be more weighted towards the EU than the UK.

The political situation in Britain was saved by WWI. There is nothing like a good war to unite the country as Margaret Thatcher found during the Falklands War. Hopefully starting a War is not part of Cumming’s master-plan.

The Irish dimension is likely to play an important part, not least because Phil Hogan of Fine Gael and a close allay of Varadkar has been nominated as EU trade commissioner and will be the EU representative at the WTO and in charge of a future EU trade deal with the UK. He is known as the “Bruiser” and a wily operator. The fact that he will be supported by Sabine Weyand, who was Barnier’s right hand “man” during the negotiating of the withdrawal agreement, may fill some on the UK side with dismay.

Hopefully Marx’s view that “history repeats the first time as tragedy, the second time as farce” will not come true, but it is inevitable that Britain will need  eventually to come to terms with the limitations of its power, as Ireland did in 1921, hopefully sooner rather than later. 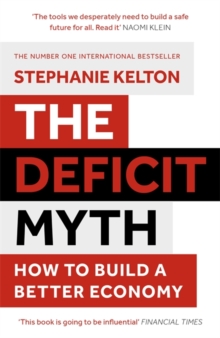